Well, you’ve heard the story about Gerrard – right? If not, see here, or continue reading to get a gist of Gerrard’s new dilemma; Choosing a photo editor. But first… 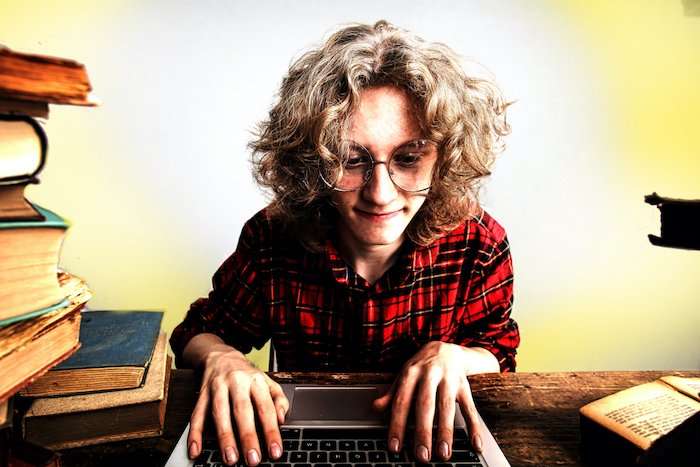 Ultimately, a content creator is anyone that creates consumable data in the form of an organised article, video, visual or other communicative form, for delivering or accompanying information for a general or specific audience.

Gerrard is a content creator, however, this is not how he is often perceived by the general public. Generally, he is described as either an influencer or (and whilst ignorance is bliss), a spammer, which makes him cringe slightly. And slightly, only because Gerrard knows very well how the glamorous flourishes of titles can also work in his favour.

Gerrard cringes at the influencer title?

For Gerrard, using the term content creator, seems to cover most of what he essentially engages with; the creation of content. This could be video, articles, quizzes, almost anything consumable on the internet. Therefore, Gerrard’s stance as a “content creator” rather than an “Influencer” might have something to do with his old school attitude (only heaven knows where he gets it from though, the boy’s only 24 – lol).

All the same, Gerrard realises that it takes a lot more than what appears on the surface when dealing with things professionally on the internet. Which leads on to the point I’m trying to reach regarding Gerrard, and how he differentiates his offer to clients from other individuals with similar skills, promoting services, and products.

You see, it’s the fact that Gerrard demonstrates his authority in his field, with the professional manner in which he presents, interacts and engages with his audience.

He creates everything mostly himself. But, ‘lavishes’ the help he does receive; the inspiration and guidance he gets from his remote team and partners, as well as friends and family that occasionally collaborate on applicable projects.

Gerrard certainly loves the liberty that the digital age allows him. Especially the freedom to travel, with little budget, and still be able to generate income wherever he goes.

So, what has Gerrard got to do with Luminar AI?

Well, as someone that has worked behind the scenes on a number of creative projects. Luminar AI, currently, is just one of those apps that Gerrard has grown with. So he doesn’t really know how complex the photo editing process really was back in the days.
Spoilt by the possibilities Luminar AI presents, occasionally Gerrard would request a new feature that may well require some magic.
LEARN WHAT GERRARD USES FOR WEBSITES
DOWNLOAD LUMINAR AI 2